Harold founded the Grossmont Community Concert Association in 1947 with other community members and it continued for 70 years but was forced to close after the City of El Cajon closed the East County Performing Arts Center in 2010 and it remained closed for more than 6 years. The GCCA moved to the Joan Kroc center but since the capacity was less than half of the capacity of ECPAC, it could not sustain operations, and conducted its final concert on June 15, 2016. 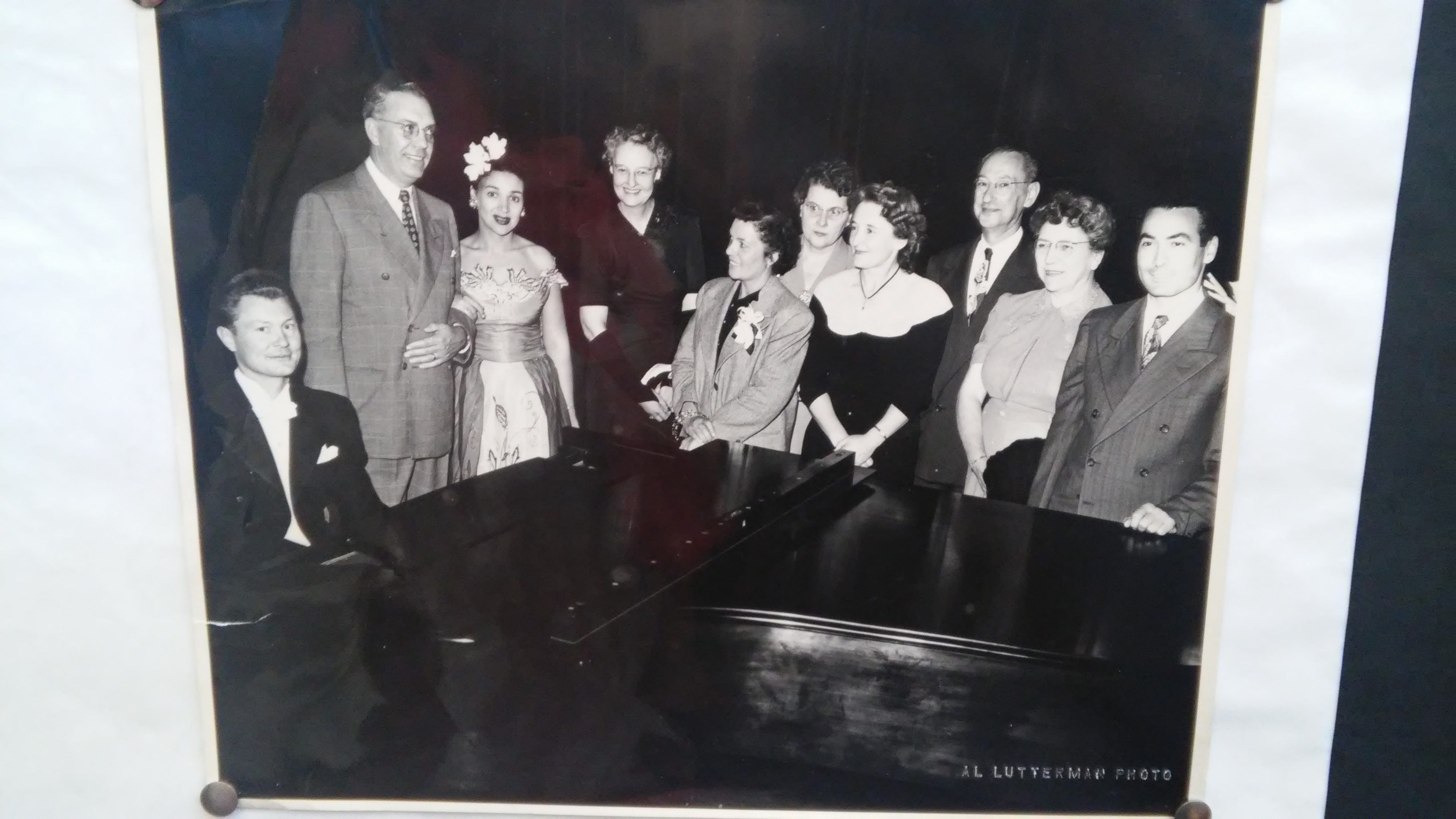 
This photograph was taken just before the first concert introducing the featured artists and the Board officers that were in attendance.

Left to right they are:

These were the "movers and shakers" of the new association. They worked diligently to find a suitable venue for their performances without a whole lot of success but they paved the way for future success. The association held its concerts at the Grossmont High School gymnasium during the early years.

A typical audience at a concert at its peak in about 2003 at the East County Performing Arts Center (ECPAC).

Harold's son Raymond attempted to get the ECPAC theater to reopen but was unable to get the City of El Cajon to reopen the 1142-seat theater. Read more about this effort here Save ECPAC